Give Yourself Permission to Succeed

Hi there, Frank here. I’d like to start this article with a confession!

In my past few years, I was asking for permission a lot!

I was looking for someone to give me permission to make particular decisions like trying new things, saying ‘yes’ to the jobs that looked too big for me or saying ‘no’ to the jobs I simply didn’t want to do. Over time I realized two important things:

1) Asking for permission often is a sign of having fear(s)!
2) It won’t go away, no matter what you do!

The problem with asking for permission is quite simple! All activities that we as humans repeat regularly become habits. In this particular case, it’s a bad habit which holds one back from making decisions on her/his own which finally leads into becoming completely dependent on other people’s opinions. And why is that?

Fears are holding us back from taking risks and moving forward.

But when we actually think about those risks, we realize that most of the times they are very minor and only have little impact on our current situation in life. In fact, they really don’t matter that much, however, when we focus on them for too long they become bigger until our mind and decisionmaking get crippled. The more we think about fear, the more horrifying the fear appears. So, what to do?
First of all, if you are happy with your current situation, don’t change anything. If you are unhappy, you absolutely should make a change as soon as possible. Here’s something that helped me and maybe you also will find this useful.
The more permissions I collected the more I realized that this feeling can’t be tamed from the outside. So, I better look for a different way how to handle this problem. Ignoring feelings also was not an option as this will come back to you stronger in the future. The only way was putting this feeling into the right context so that I not only could understand it but actually see it as a motivation to move forward.
Almost everybody dreams of big goals and achievements but hardly anybody is willing to take action! Sounds familiar? Don’t worry, we’ve all been there!

The feeling of fear is your current self trying to protect the status quo. It’s fighting against any type of change (to the better or worse). So, whenever you feel fear it’s important to understand that you are in a situation in which you potentially could lose something or grow – nothing else. It’s not complicated and it’s nothing that one has to be afraid of. We simply have to make a decision. And we don’t need permission from the outside to make a decision. In fact, we (as our future self) should go into an internal conversation with our inner current self in which you go through the pros and cons. However, be warned that you cannot shut down your current self but understand that you are still free to make any decision you want. And if you do, then your inner self quickly realizes that it has lost the battle and it will be quiet.
The same thing happens with stage fright. Usually, artists are very nervous a few minutes prior to when the show starts but that feeling instantly goes away once the show began. Your inner voice might tell you: “Don’t go out there! It’s dangerous and you are vulnerable. You better avoid the situation!” The same thing happens with a test or before a bungee jump.

Being brave does not equal to being free of fears. It means that you understand how to put it into context. Don’t waste your time asking for permission from the outside. Instead, get into this conversation with your inner self and take action! I know you didn’t ask for it but I give you permission to start making decisions on your own immediately! :) 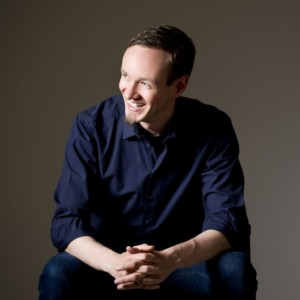 Frank is the co-founder of Music Interval Theory Academy (M.I.T.A.) and a professional composer working in the industry for over 10 years. He wrote music for numerous video games published for PlayStation, Xbox, and PC. His music is also constantly heard on German television (RTL, Pro7, VOX, etc.), in commercials, and trailers.

Furthermore, he gives live training sessions in composition and how to use interval theory inside the membership every month.

Please log in again. The login page will open in a new tab. After logging in you can close it and return to this page.